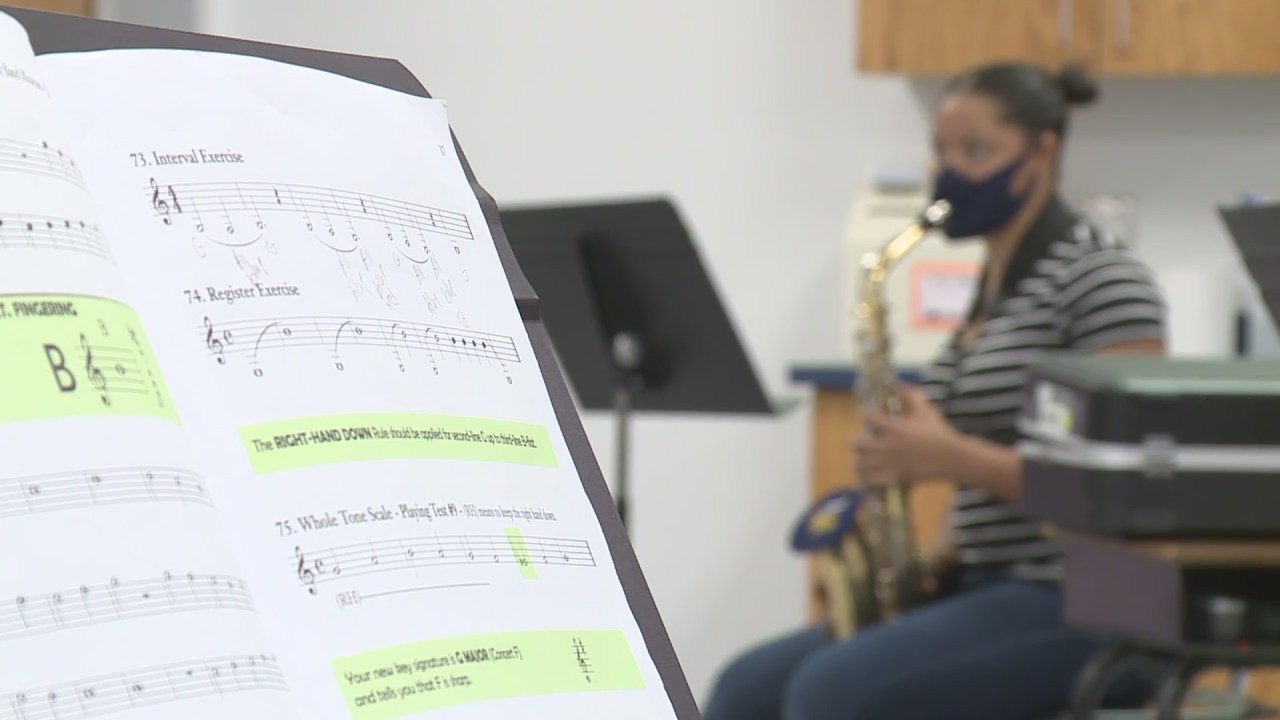 GATES COUNTY, NC (WAVY) — Most classrooms are relatively quiet, but at Central Middle School in Gates County, NC, band teacher Leigh Morgan always hits the perfect note, even when the sound comes from his computer.

“She’s very good at listening to the little things, which made it a lot easier,” said band student J’yanah Powell.

Even when the melody comes from his computer.

When the pandemic hit the region in the spring of 2020, Morgan’s class of future musicians went completely virtual. Since then, some have returned, others are still learning through video chat.

“I’ll be honest, it really terrified me at first, because I was like, ‘How am I going to do this?’ Band is an ensemble class. We play together as a band,” Morgan said.

She says that even though they couldn’t all play at the same time because of internet lag, it still worked.

“What she did was great. We were seeing each other, everyone had their cameras on, we could hear each other, it was nice,” band student Benjamin Ross said.

Things were going so well that Morgan was encouraged to hold a virtual Christmas concert over the holidays. She asked each student to record a Christmas song and composed it using iMovie.

“I really wanted to do something special for the kids,” Morgan said.

About 30 miles away, in another classroom in Perquimans County, ninth-grade English teacher Tina Mathis was also working through a hybrid of home and classroom students.

She uses Google Meets to allow her remote students to participate.

For her, she says the key is communication, not only with the students but also with their parents. Mathis made herself available around the clock, through many different platforms. Whatever it takes.

“There were many nights when I answered emails until 10 p.m. or 11 p.m. because I also gave them the opportunity to text me,” says Mathis.

Her students say she wouldn’t take failure as an option.

“Let’s say we got a bad grade on a quiz or something, she’d reach out [and ask] did we need help with that,” ninth grader Shieheim Overton said.

“She finds every little way to reach us,” student Zoe Clifton said.

Mathis has been a teacher for a quarter of a century. She says using all the new technology has been a challenge, but at the core, she stuck to the basics: the relationship between teachers and students.

“The relationship we have with our students and our parents and those who are involved in raising our children, it plays a big part in how they want to see themselves and succeed,” Mathis said.

Whether analyzing a book or learning to play the trumpet online, these teachers have adapted and students have been prepared for the future.