A total of 53 South African graduates left for Japan in July, August and September this year as part of the Japan Exchange and Teaching (Jet) program, which aims to improve foreign language teaching and promote exchanges between young Japanese and foreigners.

According to a statement by Lungile Manganyi on behalf of the Japanese Embassy, ​​”The Japanese Embassy’s public relations officer, Kota Toba, said the program aims to improve foreign language teaching and promote exchanges. at the local level by fostering connections between Japanese teenagers and native English teachers around the world Working as an assistant English teacher (ALT) in local authorities, as well as in kindergartens, primary and secondary schools public and private in Japan, Jet participants can learn a lot about Japan in different ways.

The jet participants work as assistant language teachers (ALTs) among Japanese teenagers in local authorities, as well as in kindergartens, primary and secondary schools across Japan

“To apply for the Jet program through the Japanese Embassy in South Africa, applicants must be South African citizens and hold a bachelor’s degree in any field. Application forms for the 2020 program are already available, with the deadline for submission being Friday, November 8, 2019. Participants will be shortlisted by April 2020 following an extensive selection process, which includes testing and face-to-face interviews in Pretoria, Durban and Cape Town. , and Port Elizabeth,” the embassy said.

Toba said participants are usually nominated by a contracting organization in Japan for a period of one year, which can be extended up to five years with an annual performance review. “The cost of transportation from the participant’s home country to Japan, as well as compensation, is funded by Japanese taxpayers through the contracting agency to which the participant is appointed. The Jet program has an excellent reputation and is fully supported by the Government of Japan.

One of this year’s participants, Louise Theron from Port Elizabeth, said the group was off on a new adventure. “Together, we are privileged to be selected to represent South Africa in Japan in order to foster international exchanges between our countries. Louise previously worked in the PR industry and, through her dealings with Japan-related topics, became aware of the Jet program. She concluded, “We thank the Japanese Embassy and the JET program for making this trip possible, and we look forward to fully immersing ourselves in Japan’s rich culture.

Toba added, “Through this cultural exchange, we expect participants to become bridges between our two countries by sharing their experiences in Japan with the South African people even after the program ends. In this sense, we are happy that some former participants are currently working at the Embassy as local staff who help us in our work here in South Africa. They are literally bridges between the two countries. These people-to-people exchanges are what Japan is keen to promote, and we would like to continue to provide such opportunities to the people of South Africa.

Application forms for young people interested in applying for next year are available on the Japanese Embassy website www.za.emb-japan.go.jp/itpr_en/jet_programme.html. The application deadline is Friday, November 8, and candidates will be shortlisted in April and May next year, with departure for Japan scheduled for September next year. 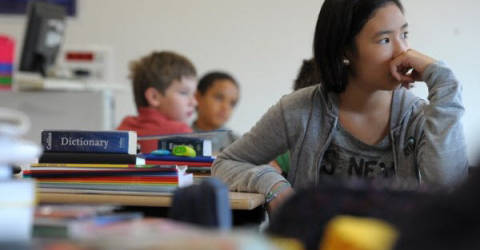