The callousness and lucrative greed of those running the ELICOS (Intensive English Language Courses for Overseas Students) industry have been on full display over the past few months. The industry is decimated – students have left the country in droves, causing massive disruption and decline. The bosses pass every penny of the losses onto the already poorly paid and precarious workforce.

As a lifelong socialist and trade unionist, I already had a healthy skepticism about anything the bosses did or said. But the past month has been a lesson in how they can stoop, as companies race to the bottom to make the most of a rapidly collapsing sector. As the global economy plunges into crisis, what is happening at ELICOS is a harbinger of things to come in many other industries.

One school, Explore English in Melbourne, is still forcing immunocompromised teachers to keep working. “The reason, as admitted by someone in management, is to try to compete with other schools that have transitioned entirely online,” said one teacher. Red flag. “If we still offer a face-to-face option, we may be able to steal customers from our competitors. Never mind that it puts staff, students and the surrounding community at a higher risk of infection and even death. »

At another, Ability English in Sydney, officials refused to immediately stop classes when a student called to say he had tested positive for COVID-19. The class continued until the end of the evening to maintain the masquerade of “business as usual”. There have been attempts to cut wages – International House has attempted to illegally reduce minimum award rates by 15%. Fortunately, this was foiled by union pressure.

There have also been layoffs and cut shifts without pay. “Many who have moved online have done so with virtually no investment in teacher training and support, and with little regard for consulting teachers and students,” said Orlando Forbes, a union representative. . “We see unscrupulous providers packing up classes full of students in order to employ fewer teachers.”

It happened in my school. The owners used the transition to online teaching as an opportunity to nearly double the student-teacher ratio, cutting jobs in the process. This was announced by the manager via video call – while she was hiding 200 meters away in her office! The job cuts included those of the entire union bargaining team. There are similar stories in the industry.

The most used word by teachers to describe online classes right now is “shitshow”. Teachers who teach classes do double the work for the same salary to adapt their material for online distribution. Not to mention that platforms are often unusable and teachers and students have little training and support to use them.

Students have also been left behind, with schools refusing to provide refunds or discounts after missing out on the transition to online learning. Many students have lost their jobs and cannot apply for government assistance or return home.

The industry earns over $2 billion a year. Many students continue their education at universities and TAFEs, so a decline in this industry will have a ripple effect on others. The sector was booming until now and the owners of the various private colleges of ELICOS got rich. Not the thousands of teachers, administrators and student support workers who do the real work of teaching English, supporting students and putting a human face on a cold system, unsupportive and exploitative.

We plan and deliver interesting and engaging lessons that bring the language to life. We decode and explain complex grammar, we find resources to pique our students’ interest, we invent games to foster interaction. Most teachers in the sector are casuals, both short-term and long-term, paid the legal minimum, the price. We are the lowest paid educators in the country. Our most experienced teachers at the highest level barely earn what a graduate or second year high school teacher earns. This was the case during the boom years – not once did these employers split the profits as the money flowed.

The bosses and their lackeys in the management argue that “we are all in this together” – that times are unprecedented and we need to stick together as a team. We are all equal, apparently, when the ship is sinking. But it is obvious that captains and officers are doing much better than the crew. It is not the bosses who have been forced to continue working in unsafe environments, risking infection and disease to provide “face-to-face” teaching. It’s not the bosses who will be fired if we refuse. It’s not the bosses watching the barrel of missed rent payments and not allowing us to eat if we’re forced to take a pay cut or have our shifts canceled.

The bosses see an opportunity to lower the bar on our conditions even further, to completely reshape the industry, in a way that is even more callous, calculating and lucrative than it has ever been. For example, the shift to online learning has also been accompanied by plans to cram more students into classrooms. We will struggle to reduce teacher-student ratios to manageable sizes again.

Currently, the Jobkeeper program is a major battleground. We need to ensure that not only do bosses join the scheme, but that every eligible worker receives payment. Many of us were kept in the dark as to whether the college was eligible and whether the management had applied for the program. Some colleges want to choose the eligible employees they nominate for Jobkeeper. Others are trying to use the new laws to further reduce hours, wages and conditions. Weak legislation and lack of oversight means it is up to us to make sure they don’t get away with it.

These developments have been met with resistance from the Independent Education Union (IEU) network of unionized teachers in Melbourne and Sydney, who have fought tooth and nail against each attack. Our organization started long before the crisis hit – starting with Kaplan Melbourne where they unionized ande able to win a deal with significant pay and terms gains. Teachers at other colleges have tried to follow suit. At unionized colleges such as Explore, Impact, Ability, ILSC and International House, teachers elected union representatives and, in some cases, began to negotiate new agreements with employers. Our union meetings are lively and involved and are now sometimes held on Zoom. While the coronavirus crisis has forced us to suspend our first steps towards bargaining, this network of trade unionists has been invaluable in ensuring that we do not let this bosses’ offensive drop.

We stormed management’s offices, demanded meetings, circulated countless petitions among teachers and students, bombarded the boss via email and participated in online protests. And we had some small but very valuable victories. Some of those wins were just about communication – it was a win just to get a feel for what tomorrow will look like in the workplace.

The most recent and biggest struggle took place at International House, where the bosses tried to force a pay cut. “It was thanks to the support of the network of shop stewards and IEU organizers and lawyers who were able to pressure management and obtain an official letter addressing the illegal actions of the company in less than 24 hours and over the week -end,” one teacher explained. . “This win was so important to all of us in the industry because it reminds us that management doesn’t have all the power – that we can stand up if we come together. With International House as the industry leader, it is important to show that our work has value, that we cannot afford to be devalued by the management and that the teachers of ELICOS must unite to continue to fight for our rights in order to ensure a safer industry for our fellow teachers.

There will likely be a tsunami of job losses and other offensives to come in the coming months. But that in no way diminishes the significance of the win at International House. We cannot let employers bully us into reducing the basic conditions that trade unionists have fought for over decades, just because “we are lucky to have a job”. Job losses are coming unless we fight to defend them, and whatever terms we agree to in the meantime will be the terms under which we allow all other teachers to work. And those will be the terms we return to when the industry picks up.

Even if we lose, the very act of fighting is important. On the one hand, it’s about sending a message to the bosses – we won’t take this down. Equally important, it’s about the message we send to ourselves – that we deserve more than that. We deserve good pay, safety, security, respect and dignity in our jobs. And the way to win that is through solidarity – by joining the union, taking collective action and supporting each other in any way possible. The past few weeks have shown that we are more than capable of such solidarity, in all sorts of amazing, surprising and creative ways. These are lessons that will stay with us, which we will carry with us into our next battles with the bosses – whether in ELICOS or elsewhere. 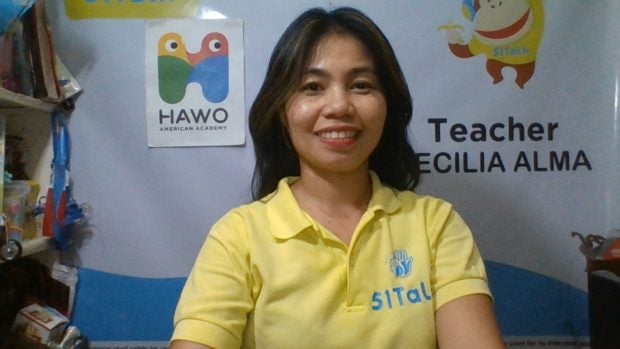 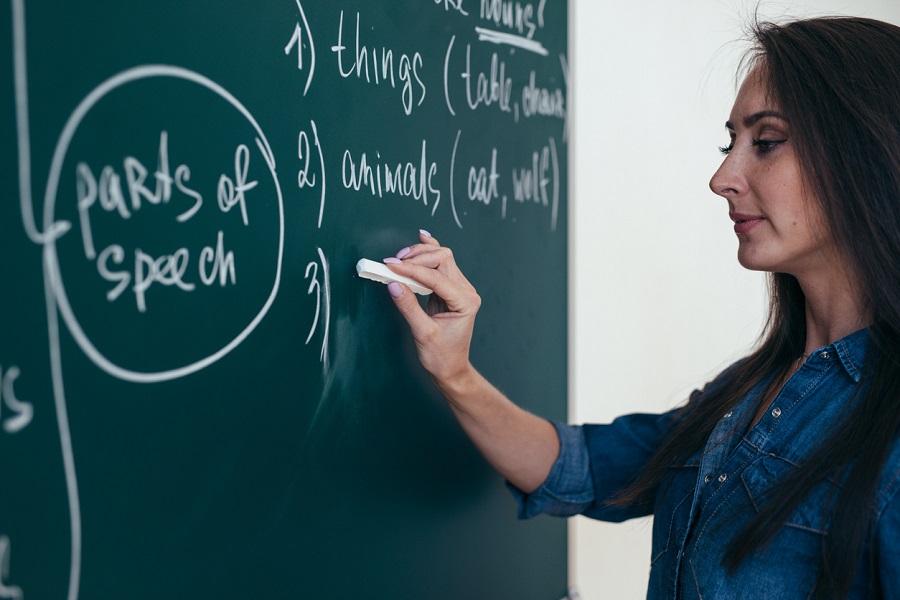