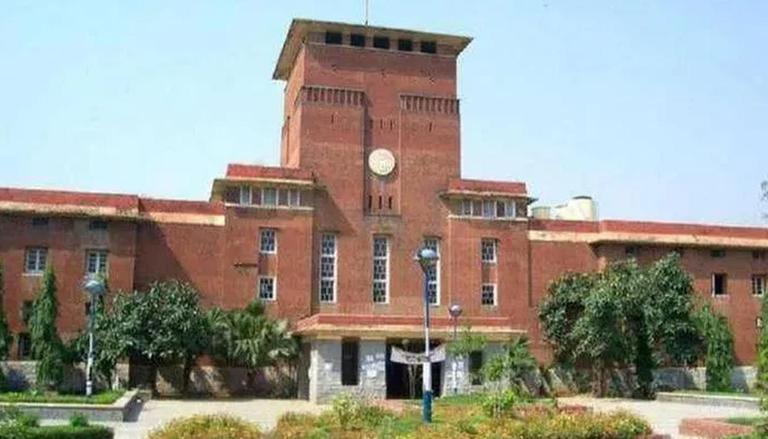 New Delhi, Jul 3 (PTI) ‘I spent the best years of my life in college and now I live in constant fear of losing my job,’ Delhi University lecturer says, summing up plight of hundreds of English teachers who fear losing their jobs due to the implementation of the Undergraduate Curriculum Framework (UGCF) from the 2022-23 academic session.

The Executive Council of the University of Delhi in February approved the UGCF-2022 formulated in accordance with the National Education Policy.

Several teachers objected to the proposed structure of the UGCF, saying that the Capacity Building Courses (AEC) are only offered in the languages ​​included in the Eighth Schedule of the Constitution and that this does not include English. . They also said that UGCF singles out the English department in particular for a massive reduction, almost in the range of 30-40%, of its existing workload.

“I have been teaching in the English department of a DU college since 2010 on an ad hoc basis. As it is a science college, our workload is mainly dependent on the AEC test”, said the professor of Englishman who did not wish to be named.

“After working sincerely for 12 years, I now live under the constant threat of losing my job. What will be done for people like me who gave their early years to University hoping to be permanent one day? added the professor.

Around 100 teachers are ‘planned’ to lose their jobs following the scrapping of English as AEC under the UGCF, another teacher claims.

With the university set to reopen soon, teachers argued there was a clear indication that the workload of the college English department would be reduced by at least a third.

Rudrashish Chakraborty, a professor at Kirori Mal College, said: “In my college, there is a loss of 60 classes in the next semester; in Hansraj College, it’s 50, in Ramjas, it’s almost 60+, and the same goes for history in colleges across the university.The situation will be worse for teachers working in colleges that do not offer English (hons) or bachelor’s degree programs like Keshav Mahavidyalaya, GGS College of Commerce, Institute of Home Economics (IHE), Lady Irwin College, Bhaskaracharya and Rajguru College of Applied Sciences, Chakraborty believes.

“Their entire workload consisted mainly of AEC which is gone now: making permanent teachers almost redundant, forget ad hoc. This assault on workload was done systematically to ensure that ad hoc teachers working in the English department are losing their jobs after teaching for the past eight or nine years in college hoping to be absorbed,” Chakraborty said.

“DU college English departments are seeing massive displacement of existing ad-hoc and guest teachers due to the removal of English from the AEC compulsory course. academic council, but the university has not taken any action yet to prevent the impending displacement,” Dhusiya said.

Calling the new restructuring by the DU “senseless”, Abha Dev Habib, secretary of the Teachers’ Democratic Front and former member of the DU Academic Council, said that about two to three English teachers in each college are expected to lose their jobs.

“This (UGCF) is a senseless restructuring. Over the past 10 years there has been continuous restructuring. The last major restructuring was in 2015 when UGC introduced the choice-based credit system under which English has become a skill enhancement tool as a compulsory module. And over the last six-seven years teaching hiring has been done on that basis,” she said.

“And now the university has introduced the UGCF structure, whereby English is no longer a compulsory module. And students have been asked to choose from 13 languages. A total of 100 teachers from the university are expected to lose their job,” she added. .

In March this year, more than 400 English professors at Delhi University wrote to Vice Chancellor Yogesh Singh, saying their department’s workload would be “massively reduced” due to the implementation of UGCF from the 2022-23 academic session and would lead to loss of livelihood.

Urging to restore the workload of their department, teachers noted that the proposed structure of UGCF singularly the English department for a massive reduction, almost on the order of 30 to 40%, of its workload existing. PTI VA VA KVK KVK

(Disclaimer: This story is auto-generated from a syndicated feed; only image and title may have been reworked by www.republicworld.com)