Should English teachers explore cultural topics in the classroom? 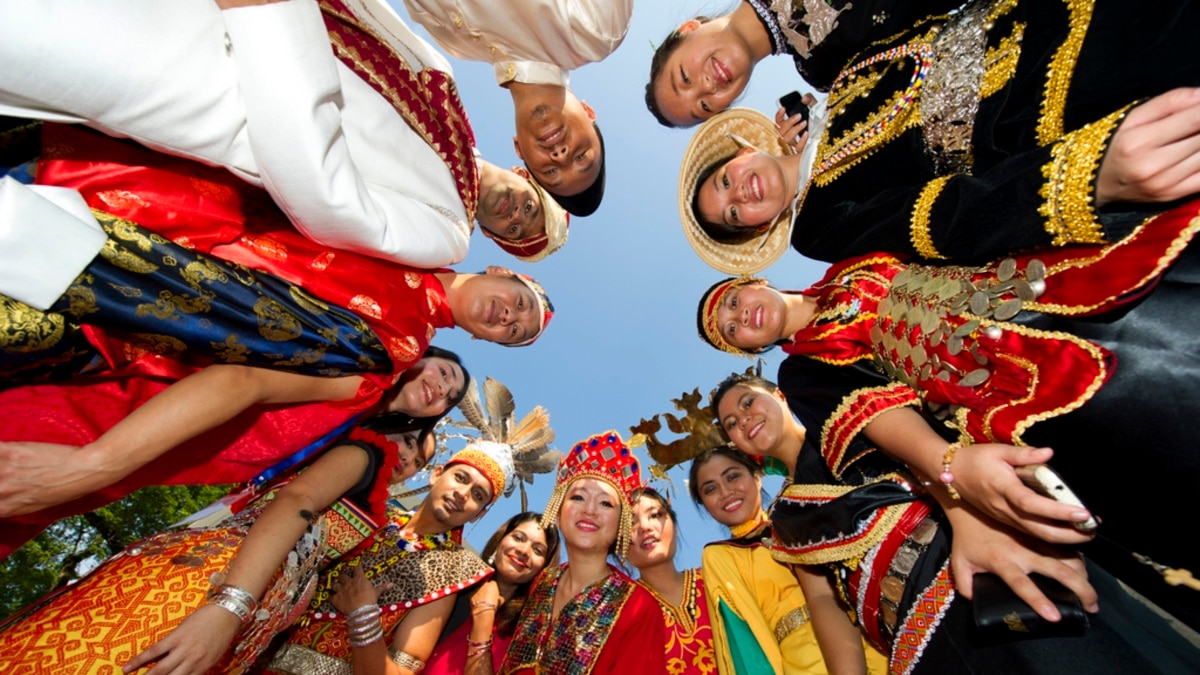 For VOA Learning English, this is the Education Report.

If you stand in front of a iceberg, it might look like the greatest thing you’ve ever seen. But, you still only see the small part above the water. About 90% of the iceberg is underwater. The same idea is about culture, says Amy Melendez.

She says many students – and teachers – mistakenly think that culture is just things that are easy to see, like food, music, clothes and vacations. But, she says, most cultures are represented in what cannot be seen: people’s expectations, beliefs and values.

So she brings Classes about it in the classroom. It teaches learners how to understand and value cultural differences and how to communicate more effectively with people from other cultures.

Like Melendez, Michelle Stabler-Havener is an English educator who has taught intercultural communication. Currently, she is a doctoral candidate at Teachers College, Columbia University in New York.

Melendez and Stabler-Havener explain that the subject of cultural understanding is a natural part of language teaching. They note that language and culture are inseparable: words and expressions have cultural origins.

“In other words, they don’t have to worry about people criticizing who they are or the things they value most and believe in…it gives students the freedom to to concentrate their energy to learn the language without having to worry that those things that are so important to them will come into question.”

Out of the comfort zone

Ironically, providing this sense of security often involves exploring topics that take learners out of their comfort zones. Critical incidents are a tool that Melendez and Stabler-Havener find particularly useful in the classroom.

A critical incident is a brief description of a situation in which a misunderstanding or conflict has occurred between people. The problem may be caused by cultural differences or some kind of communication problem. It is the students’ job to find out what happened and why. And, they are asked to come up with as many reasons as possible – other than reasons based on the stereotypes.

Melendez gives an example of a critical incident she took from a book called Tips for teaching culture*.

“You have two students working on a project. And, the student is supposed to share the book with the other student. And, it’s time for one of the students to go to class. And, the older student who had checked out the book catch the book, gets up and leaves because it’s time for him to go to his next class. The other student – he left for a bit baffled (thinking) ‘Why is he leaving? Why is he taking the book? You know, ‘We were sharing this book.’ In another part of the incident too, with that one, the youngest student had arrived late.”

For example, last summer she formed a group of Panamanian teachers. Through a teacher’s digital story, she learned that the person believed Americans were cold, emotionless people. This led to a productive class discussion about cultural differences in how people greet each other and their ideas about personal space.

“I think a lot of intolerance comes from the unknown. So trying to get the unknown known, I think, is really important, even in a language classroom.”

As many teachers know, classrooms can be unpredictable. At any time, a student may say something to accidentally hurt or embarrass another student from a different culture.

To alleviate this problem, Melendez has his students vote on rules of shared respect. And, they are asked to follow these rules throughout the course.

Stabler-Havener says students can also practice respect by the way they use language. For example, they can express a possibility by saying, “Maybe that’s what’s happening” instead of saying, “It’s true for every person in this culture.” And, they can show respect for the opinions of others with language like “I see what you mean but…” rather than “As we all know…”

To teach or not to teach

Before exploring sensitive cultural topics with a class, Melendez and Stabler-Havener say teachers can spend time examining their own culture. Prejudices.

Melendez says difficult situations or topics will likely crop up in the classroom, whether or not English teachers decide to explore the iceberg of culture. And, if a teacher chooses avoidance, they may be left unprepared.

She adds that it’s a good idea for teachers to decide before teaching a class if they will share their own opinions with students on sensitive topics.

“Are students who disagree with you going to feel somehow disempowered or worried because they don’t share your opinion on a topic that might affect them in the classroom?”

And that’s the education report.

I am Alice Bryant.

Alice Bryant wrote this story for Learning English. Caty Weaver was the editor.

Do you think English teachers should teach sensitive cultural topics in class or avoid them? Have you taught these topics in your class? Tell us about it in the comments section.​

*Book: Tips for Teaching Culture by Wintergerst and McVeigh

words in this story

Classes – nm an activity you do to learn something

comfort zone – nm a place, situation or level where someone feels safe and comfortable

to input – v. quickly pick up and hold someone or something with the hand or arms

greet – v. meet someone who has just arrived with generally friendly and polite words and actions

bias – nm a tendency to believe that some people, ideas, etc., are better than others, which usually results in the unfair treatment of some people