Bias often manifests itself in knee-jerk reactions to discussions about editing the texts read by students. And if teachers haven’t considered the factors that influence their thinking, or how their experiences and upbringing may influence what they do in the classroom, adding new texts to the curriculum won’t be as transformative for students as it could be. After all, teachers set the tone; they are role models and exercise power over the lives of students.

Torres explained that an essential part of this work is recognizing that each text has a particular perspective and was written at a particular time. This is not necessarily good or bad, but teachers need to recognize this context and help students question what it might mean for the text. She emphasizes that literature cannot be dissociated from the social, political and cultural context in which it was created. Thus, when teachers are nostalgic for certain texts, it carries more weight than they first think.

“Literature written by white authors tends to exclude or misrepresent BIPOC (Black, Indigenous, People of Color) experiences,” Torres said. “We want own-voice texts. And there are plenty of writers who will support that desire.

She also urged teachers to think carefully about the space they create in their classrooms for students to express their discomfort with specific texts or their opinions on alternatives. “We really have to think about how we reward compliance and punish resistance,” Torres said.

As teachers dig into the self-explorative work behind the #DisruptTexts movement, Torres sums it up in five points:

Pillar #2: Black, Indigenous Center and Voices of Color in Literature

A quick search of the most widely read texts in high school reveals many white male authors: Fitzgerald, Shakespeare, Golding, Hawthorne. No one is saying that some of these texts are not worth studying. The problem is that there is no balance.

“Much of our literary canon is centered on the white gaze and written by white male authors,” said Lorena Germán.

“The problem is when the program is all that, and when the canon is mostly that.” Sometimes this white gaze has even been internalized by authors of color, which is why it is important to remember the great diversity of experiences within communities of color. Just as a white man doesn’t speak for all white people, a black author doesn’t speak for all black people’s experiences.

The predominance of texts by white authors in the school curriculum is a problem for Germán and the other founders of #DisruptTexts. They don’t see these stories connecting with their students, and worse, some of these stories are actively excluding their students.

Germán urged teachers to find books that explore “intersections and margins,” to search for complex identities that resist stereotypes. She would like to see teachers bridge what Ebony Elizabeth Thomas calls the “racial imagination gap,” the implicit message, even in fantasy works, that people of color are the bad guys and the monsters.

To center the voices and narratives of BIPOC, Germán suggests:

Pillar #3: Applying a critical literacy lens to our teaching practices

“It’s not just about having a checklist of various books,” Tricia Ebarvia said. She referenced the work of Chad Everett when she said, “There is no such thing as a diverse book. When you say miscellaneous book, miscellaneous for whom?

Ebarvia explained that at its core, critical literacy is understanding that the world is a socially constructed text that can be read and analyzed like other texts. “There is no neutral,” Ebarvia said, meaning school is not about gaining knowledge, but rather thinking deeply about the meaning we attribute to that knowledge.

Critical literacy is not a unit of study, but rather a way of reading the world. When teachers help students read the world critically, it can open up powerful conversations. It can even give students permission to share their lived experiences, or the ways they see and don’t see themselves in textbooks, in unexpected ways. And, it highlights the systems in which we work, live and read.

Ebarvia described some ways she teaches critical literacy to her high school students. She credits the introductory essay in Kareem Abdul-Jabbar’s book “Writing on the Wall” to students. In it he describes how most people look at him and only see a basketball player. They don’t know that he is also an author, historian and ambassador for social justice. Through this essay, Ebarvia introduces students to the idea of ​​what is “above and below the line”. In this example, the basketball is “over the line”, which is what people know from Abdul-Jabbar. The other aspects of his identity are “below the line”.

This simple formulation works for all types of analysis. Ebarvia asks students to reflect on their school. What is the information above the line? And because they are insiders there, what is below the line that Ebarvia, as a teacher, may not know?

Ebarvia tries to create diverse and inclusive sets of texts. She recommends asking students for help in constructing these sets of texts. Think long and hard about what constitutes a “text”. Maybe a rap song is about the gaps in experience and perception in white authored text, for example.

Another exercise Ebarvia does with students is a Writing Reflection which asks students to reflect on who they are and how that identity and lived experience affects the way they read text. But it also pushes them to think beyond their own framework.

However, I recognize that my perspective may be limited because__________.

In order to deepen my understanding of this problem, here are some of the questions I need to explore: __________.

Pillar #4: Work in community with others, especially BIPOC

“Community is built on accountability,” said Dr. Kim Parker. She urged educators to work to decenter whiteness in schools and curricula. She called on allies of white educators to raise the voices of BIPOC colleagues, especially those who don’t already get a lot of attention.

“We’re not trying to save anybody,” Parker said. “We try to be in service with it.”

It means honoring the knowledge and power of the community, the connectors and the ways to get things done. Be humble. Listen.

She called on white educators who believe in this work to advocate for it to administrators, parents and other teachers. “To the white people in the room, your voices carry so much more weight than ours, honestly,” Parker said.

And she referenced Elena Aguilar’s “spheres of control” theory. What can you control? Internal work is something everyone can control. What can you influence? Teachers are influencing students and their colleagues all around them, and some are pushing beyond that to Twitter, conferences, and the wider education community. Everything else is out of your control. 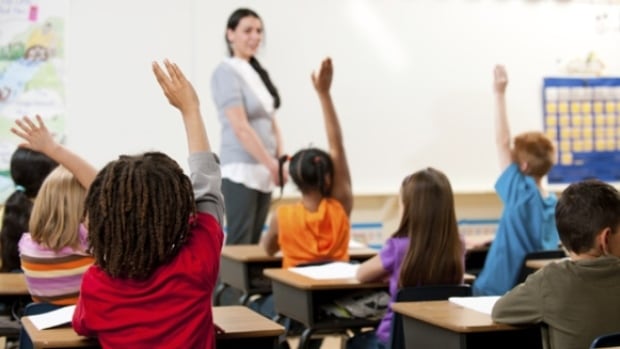 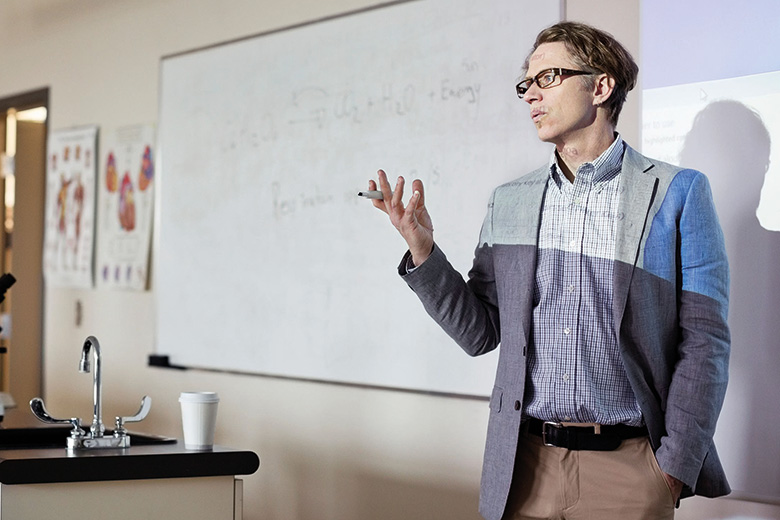 Inability to adopt new teaching techniques, not just because of fear of embarrassment